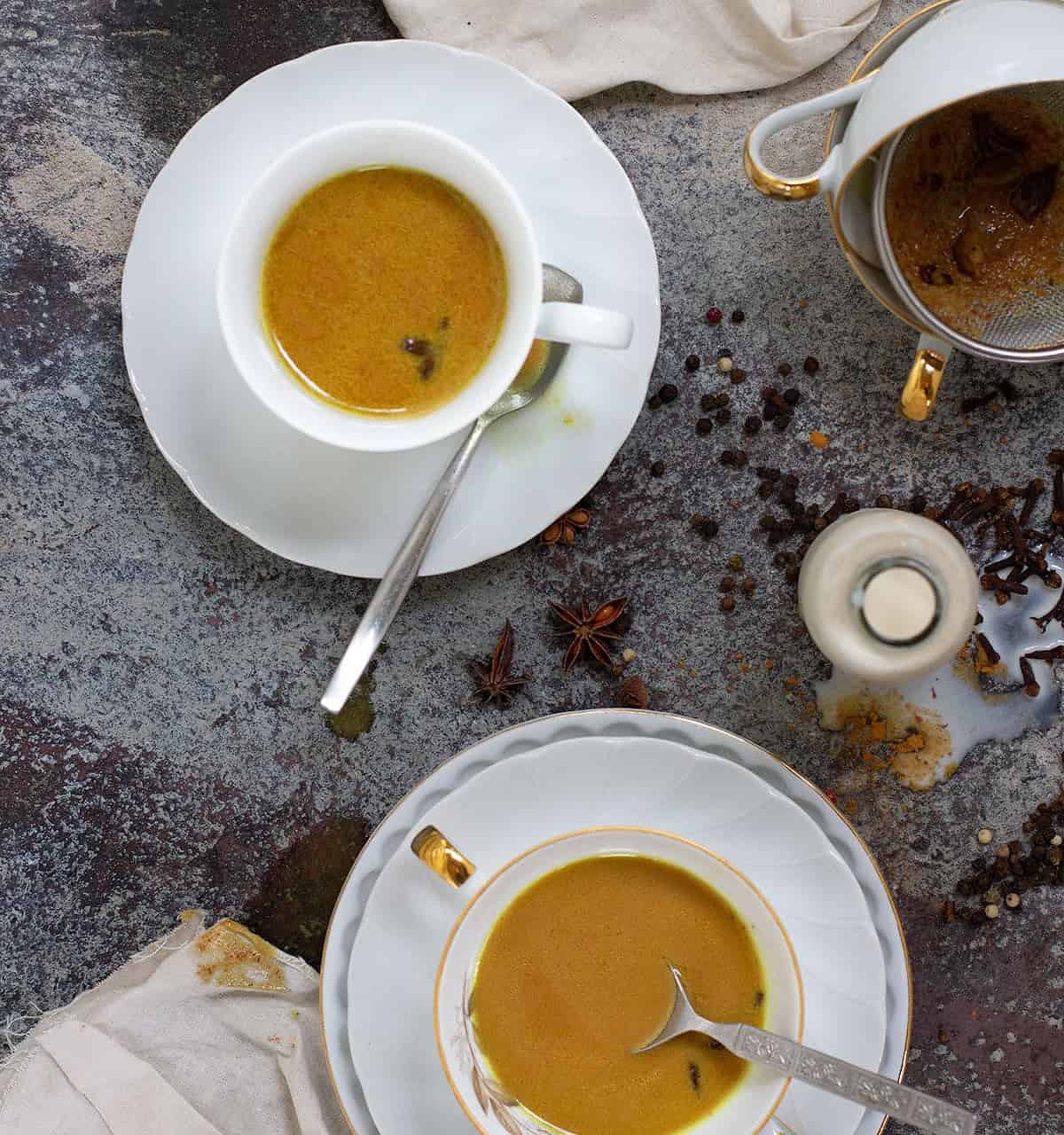 I have a real passion for chai tea, which runs through the Cox family blood. My sister and my mum are both fans of this sweetly spiced brew, and together we will seek out a well-made chai wherever we are. We always frown upon a syrup or powdered chai as we are ‘real chai’ snobs who actually want spices sitting in our teapot. Oh, and don’t give my mum a tea bag either, she’ll rant and rave like a possessed woman (sorry mum, but it’s true!).

I’ve always enjoyed making a chai without the black tea component at home. I know technically this is breaking the chai tea rules, but leaving out the tea means that a spice only chai can be enjoyed at any time of the day for caffeine sensitive souls like me.  Unfortunately even the black tea in a strong chai brew will have me crawling up the walls and speaking gibberish at a hundred miles an hour.

The idea of this turmeric chai tea was to give it an immune boosting, antibacterial, antiviral spin as we go into the cooler months. Turmeric is getting a lot of attention (that it rightly deserves) in the media now, so seeing it pop up in a chai tea may not seem that unusual to you all. The fabulous aspect about adding the turmeric in with the spices is that the black pepper helps increase the bioavailability of the active compounds of the turmeric (a nutritional fact that sends nutritionists into their happy place). 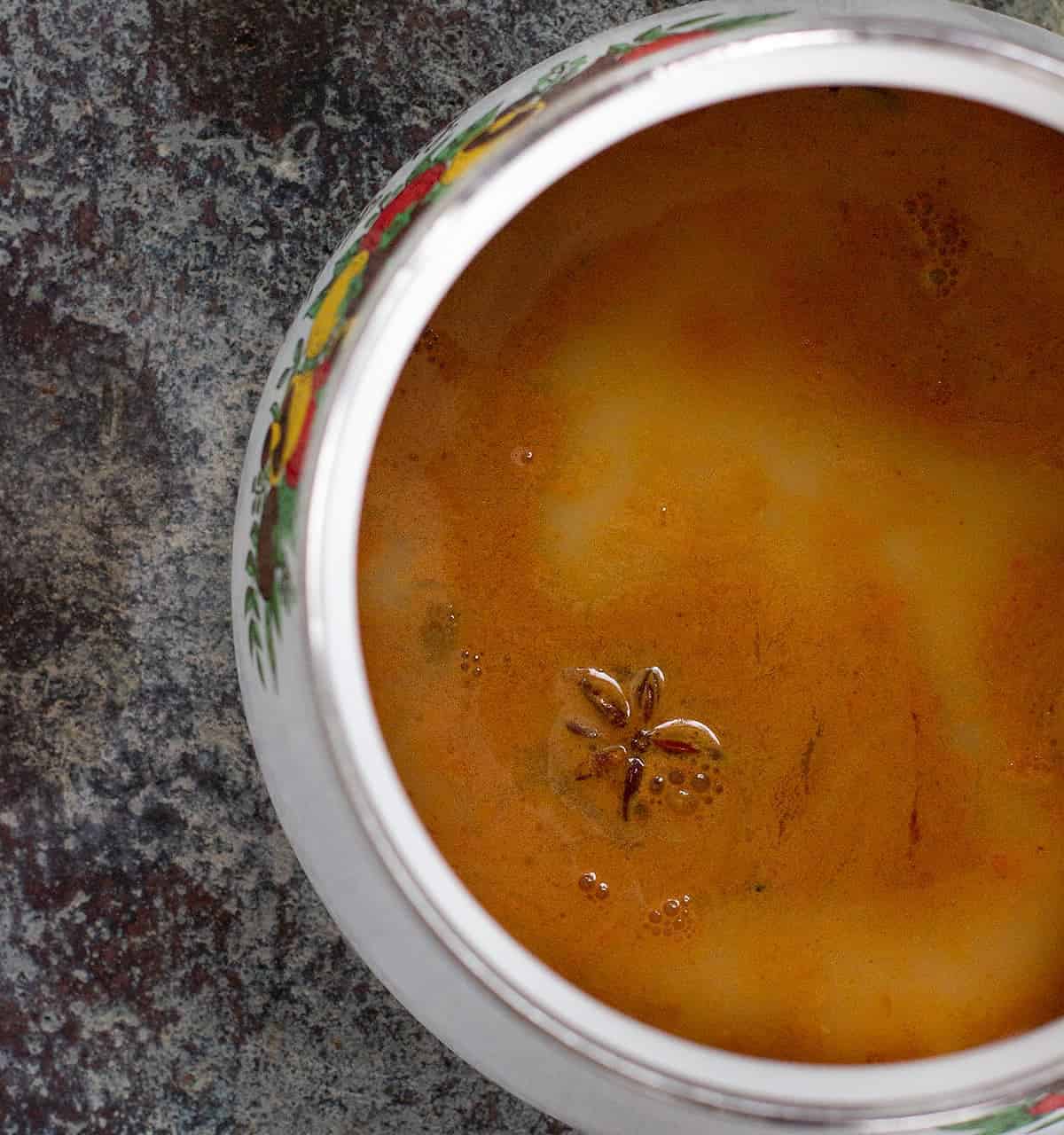 The spices in this turmeric chai tea also have strong anti microbial activity, which is useful for helping keep detrimental bacteria and parasites at bay. It would not be strong enough on its own if you had a serious infection, but it will work wonders as a preventative and adjunct healing agent.

I strongly suggest brewing up this chai on a cold morning or a chilly afternoon and snuggling up on the couch with it perched in your hands. Grab your favourite magazine (or Pinterest on your ipad if you’re like me) and let its sweet delightful goodness envelope you, relaxing your mind, body and soul.

Place water and milk in a saucepan and add all of the spices. Bring to a simmer and let the chai infuse for around 10 – 15 minutes, depending on the depth of flavour you like.

When you are happy with the flavour, strain the chai as you pour it into a mug. Add the honey and enjoy while still hot.

I have never thought to add turmeric to chai spices, this is a great idea!!

Thanks @sweet_kabocha It really does add a lovely hit to the humble chai!

I love turmeric milk. I love adding a dob of coconut oil at the end.

Sounds delicious Sienna! Would make it nice and extra creamy.

this sounds amazing! I can’t wait to make it tonight and settle for a cosy night in! Can you reuse the spices for another (or more) round? or do you find they’re only good for one use?

I’d probably only use them once, they loose a lot of their flavour after the first use. You could just triple the recipe and make a big batch. Then keep the extra tea in the fridge and heat when you feel like a cuppa. 😉 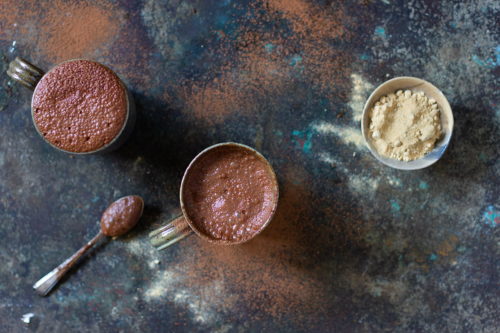