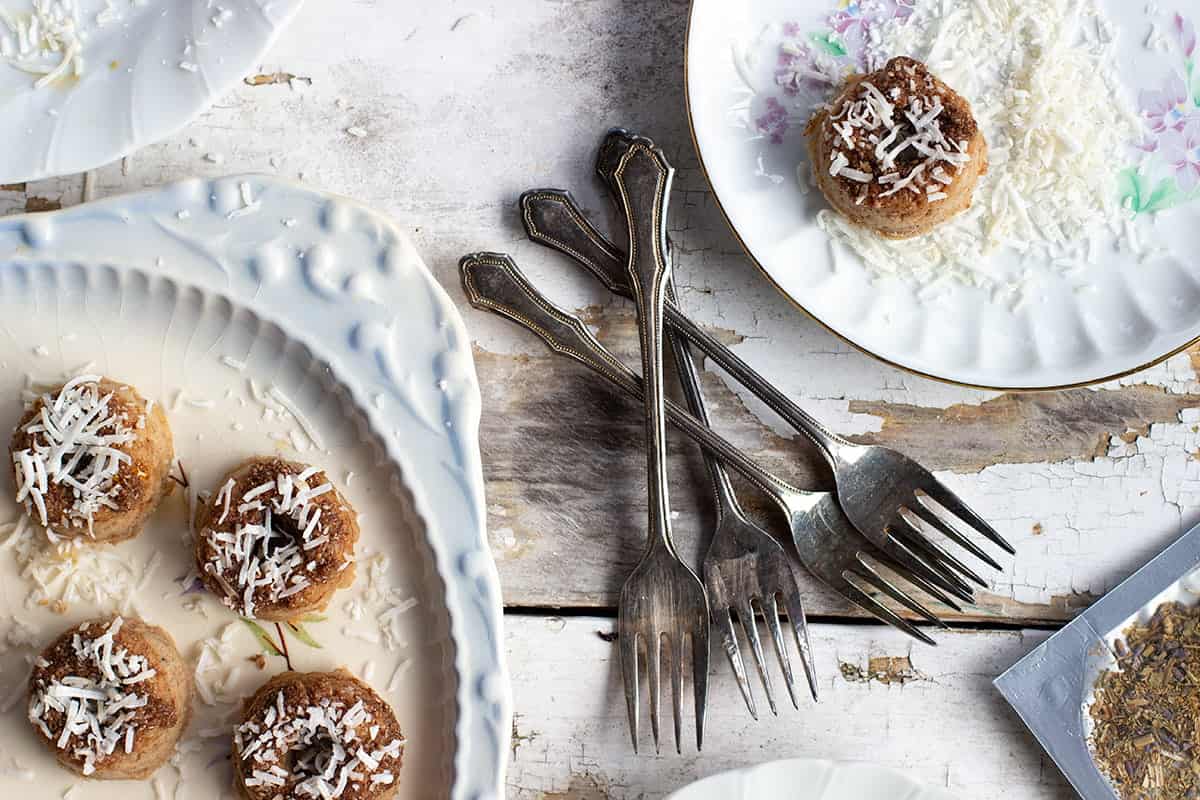 I’ve always had a soft spot for doughnuts so these cinnamon & coconut doughnuts are quite apt. Perhaps it’s my late primary school years and early teens spent at the Vic Markets in Melbourne with my family. I would spend hours trawling the laneways for 80’s style clothing and knick knacks with my mum and sister, dad in toe somewhere patiently waiting for us females.

Eventually as our tummies grumbled, we would ritualistically break from the crowds with dad this time in the lead and visit the doughnut van to buy searing hot deep-fried jam doughnuts…by the bag. I remember biting into them fresh out of the hot oil and the jam burning my mouth. Oh how I loved it. Such a special memory connected to food based aromas and textures and a father/daughter bonding moment.

As with these Vic Market doughnuts, doughnuts in general usually conjure up images of pillow like deep fried dough dipped in sugary glazes or filled with sweet jam centers. So when I decided to do an Instagram wholefood doughnut challenge for 7 days, I knew I was in for an interesting challenge indeed. Making doughnuts healthy and from wholefood ingredients can be challenging. We want healthy of course, but we also do not want an inedible brick.

These cinnamon and coconut doughnuts are never going to be as light and fluffy as shop bought doughnuts, as they are free from white sugar and refined gluten based flours. In saying this, I think the finished result is still really damn tasty and hits all the right taste bud notes. The spices dance on your tongue and are balanced out with the creamy coconut and sweet maple.

This week during my wholefood doughnut challenge I plan to revisit the jam filled doughnut and revise it with a wholefood update. I wont however play with the winning formula too much. I want to make a jam doughnut that my Dad would eat with joy from a brown paper bag. Then I know I will have succeeded.

I’ve used a mini doughnut tray to make these doughnuts. You could use a regular tray, or if you don’t have a doughnut pan you could cook these as muffins.

Heat oven to 180c. Warm wet ingredient in a saucepan till oil is melted and chia thickens. Combine dry ingredients then add the warmed wet chia mixture and mix well bringing to a wet dough. (Add a little more milk if needed).

Spoon into mini doughnut pan and bake for 12-15 minutes.  Let cool for 3-4 minutes in the doughnut tray then carefully remove and place doughnuts on wire wrack to cool.

To finish, sprinkle with shredded coconut.

Goodness I can’t wait to try these, but first I should probably purchase a donut pan? haha

Oh, I promise they are amazing Lisa. 😉

approx what temperature do you bake these on 🙂

Hi Sophie. Oops! That bit of information is always useful isn’t it! 😉 Added the temperature to the method now. 180c. 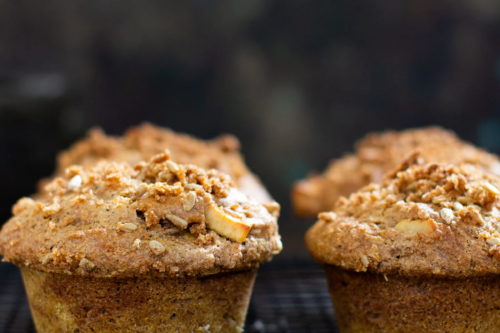