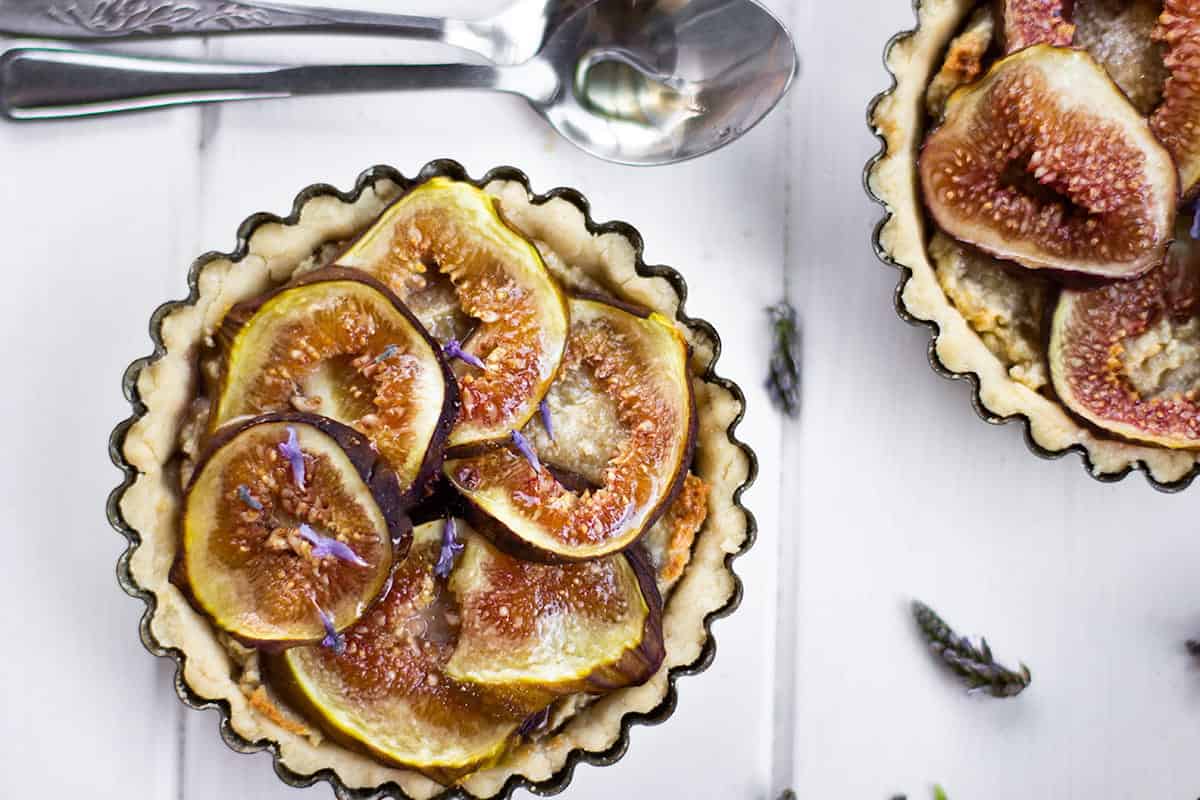 These gooey, almost caramel like tarts are too good for words. I made these tarts for a casual dinner party for my fiancé and his mate who are by no means into alternative foods (although my fiancé is gaining a fast appreciation and education in nutrition as the years go by). The luscious figs that grace the top of the tarts with their delightful sweetness compliment the creamy centres perfectly. Of course, if figs are not in season it is easy to swap them for other fruits such as stone fruits, pears or apples.

These lavender and fig tarts use egg yolk only, which makes them quite well suited to those who suffer from egg white intolerances. In most cases, it is the whites of the eggs that are are problematic from an intolerance perspective (due to the protein in the white), which in turn leaves the creamy yolk available for uses in dishes such as this. The lavender in these tarts is also an addition that you may have not dabbled with before. If you don’t have fresh lavender in the garden you can purchase dried lavender for culinary uses from most good deli’s or health food stores. Again, it can be omitted altogether or swapped for other herbs, such as lemon thyme or even a hint of rosemary would be lovely. 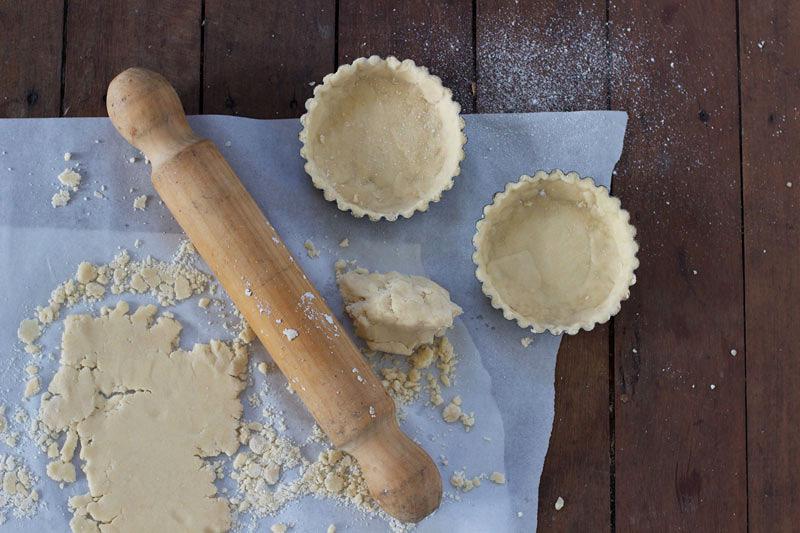 This weeks lavender and fig tarts post is dedicated to my fiancé Dameon, who turns the big 40 this week. When I first met him he would have thought I was serving some strange and foreign dessert dishing up these tarts. Now however, through our years together he has not only learnt to expect such creations, but to enjoy them (well, with added cream or ice cream of course). He has also become a sponge for the nutritional banter I share with him, and as a result, proudly educates others with the new found knowledge he holds, much to my amusement and pride. 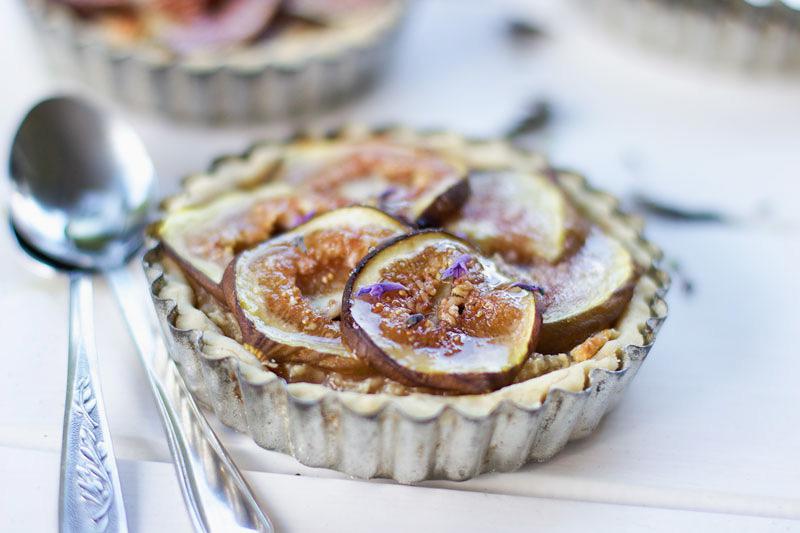 Hubbard, thank you for being my rock over the years of developing my business and encouraging me to launch my passion into this website and beyond. Your pride and belief in what I do are forever uplifting and a driving force beneath my wings. xo

Mix flour and salt in a bowl with coconut oil and rub together with hands till mixture resembles bread crumbs. Add egg yolk and a minimal amount of ice water until you can gather and shape the dough into a ball. Wrap in plastic, and refrigerate for 1 hour.

After the hour has passed, roll out and line individual tart tins that have been greased and floured. Prick all over with a fork and place in freezer for at least half an hour.

In the meantime, blitz the cashews in a food processor. Add maple syrup, lavender flowers, egg yolk and vanilla extract, pulsing until mixed.

Preheat oven to 180c. Remove crust from freezer, line dough with foil, and fill with dried beans or baking weights (holds dough down and prevents from bubbling up during baking). Bake for 20-25 minutes, just until the borders turn pale gold. Remove from oven, remove weights and foil, and set aside.

Now delicately spread the cashew mixture into pre cooked pastry shells. Slice figs lengthways and arrange fig slices in a fan slightly overlapping into a circle. Sprinkle with 2-3 tablespoons of rapadura sugar, coconut sugar or a drizzle of maple syrup. Bake for approximately 30 minutes, until the figs are slightly darkened, and oozing.

Remove from oven, and drizzle evenly with the warmed honey. Sprinkle with additional lavender flowers. Serve with either coconut ice cream, cashew cream or goats curd.

Can I use any of these flours instead: coconut flour, amaranth flour, buckwheat flour? I am not yet very familiar with gluten-free flours and don’t know which ones work the best with which recipes 🙂

Yes, you certainly can. Best to use a mix though as on their own they would be a bit strong and a bit too dense. Perhaps the coconut flour, amaranth flour and some rice flour if you have it 🙂

Sounds amazing! Are there any alternatives to the flour blend?

Yes, for sure Jess. You could use any gluten free blend that you like or a bought blend. I like brown rice flour, coconut flour and arrowroot or tapioca flour together too.

Thanks! I will be making these very soon 🙂

Can I use fresh lavenders from my garden?