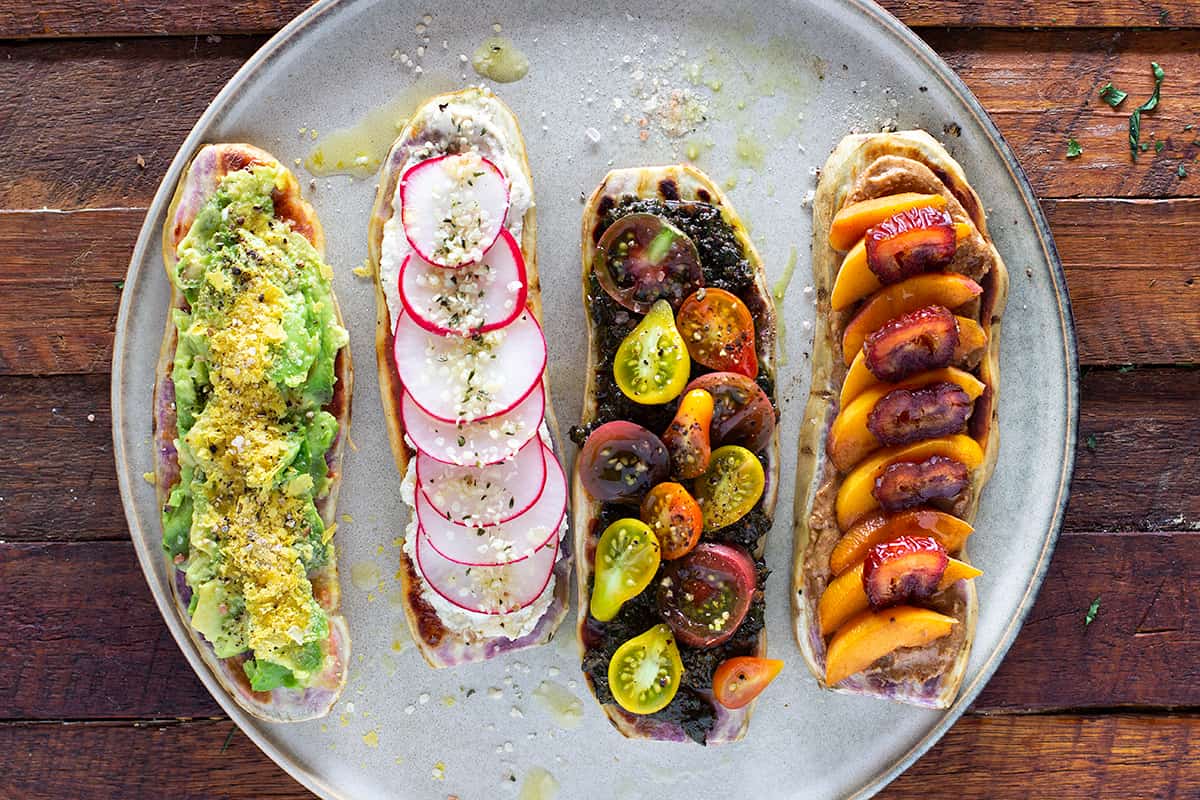 So I bought a yam. Well it was labelled a yam. Then I got home and googled ‘yam’ and was overwhelmed with confusion as to what a yam actually was. You would think that I would know, being a foodie obsessed Nutritionist and all. I thought I was all over it, but turns out I’m more confused than ever.

Dameon, (who grew up in New Zealand) told me that his stepfather used to serve them over boiled yams and consequently the thought of them to this day disturbs him. When I showed him what I thought was a yam he was like ‘that’s not a yam’. That set off a googling spurt of ‘what is a yam?’ ‘What is the difference between a yam and a sweet potato?’ and my favourite, ‘what the hell is a yam?’. Turns out, it depends on who’s asking the question.

Apparently in New Zealand they are these tiny little bulb-looking things, kind of similar to oversized ginger. This personally was not what I thought a yam was. In America a yam is commonly the name of a sweet potato. Apparently the origins of the yam are in Africa and the traditional yam has a rougher surface akin in looks to a white sweet potato. I guess when the yam started being so many different things to so many people its no wonder it became confusing (and still is). I was literally standing in the kitchen holding the supposed yam in my hand with bewilderment thinking, ‘are you a yam or sweet potato dammit?!’.

Turns out when I finally cut into it, it revealed that familiar sweet potato purple hew. I’d been duped. Well if I was in America I wouldn’t have been but in Sandgate Australia, I was offically tricked. Therefore, I decided there was only one thing to do.

Now I know this is not a new thing. Sweet potato toast has been pretty trendy on the social media feeds of many a healthy foodie for some time. However, I think it’s a ripper of an idea and also a wonderful option for those looking to change it up from the regular ‘bread based’ toast options. It is also super cool for those of you needing to increase your resistant starch in your diet, especially when eaten cold.

As seen here, all one needs is a good medium sized sweet potato that can be cut into 1cm thick pieces. 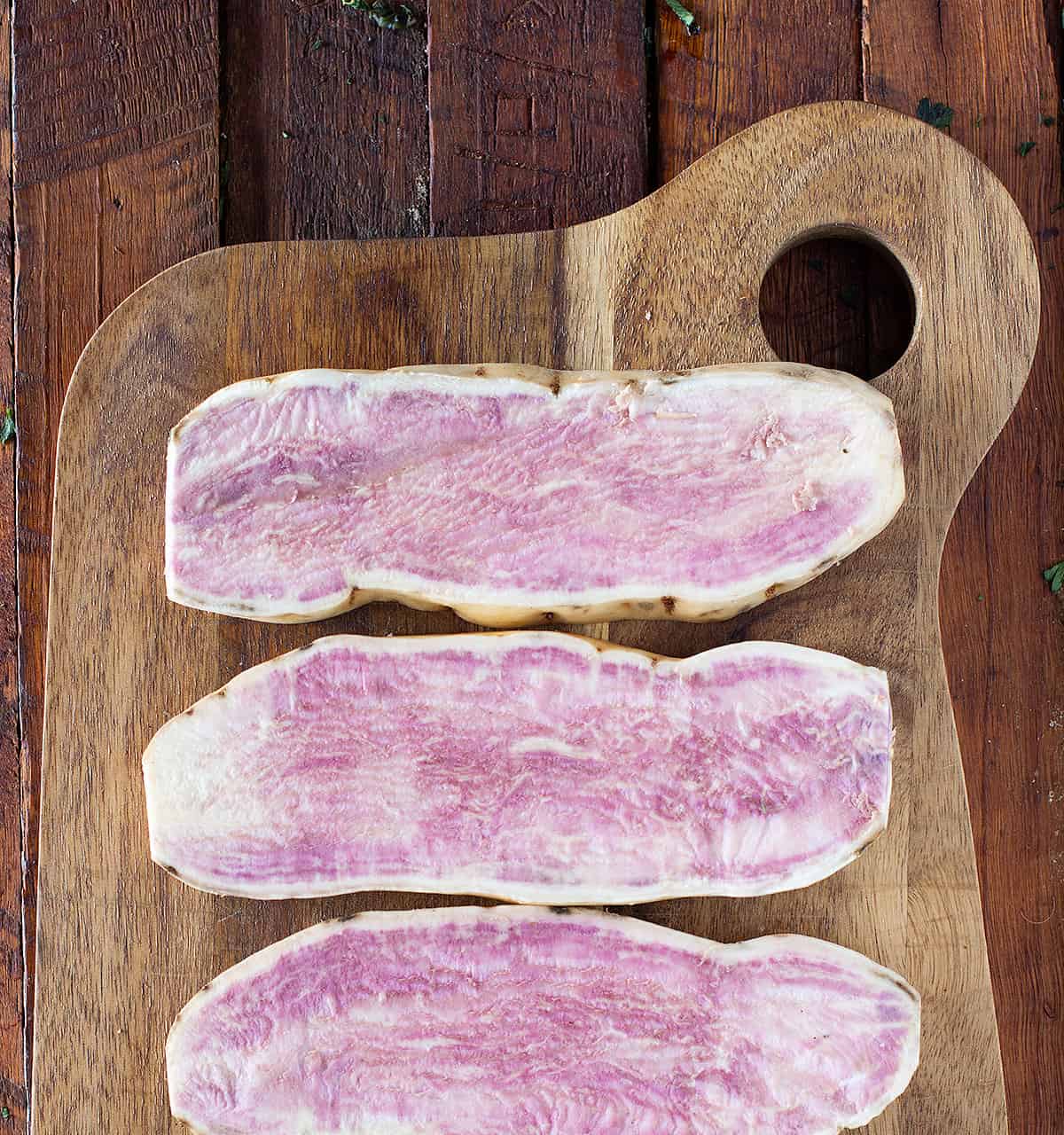 After cutting, simply brush with some extra virgin olive oil on both sides and salt. 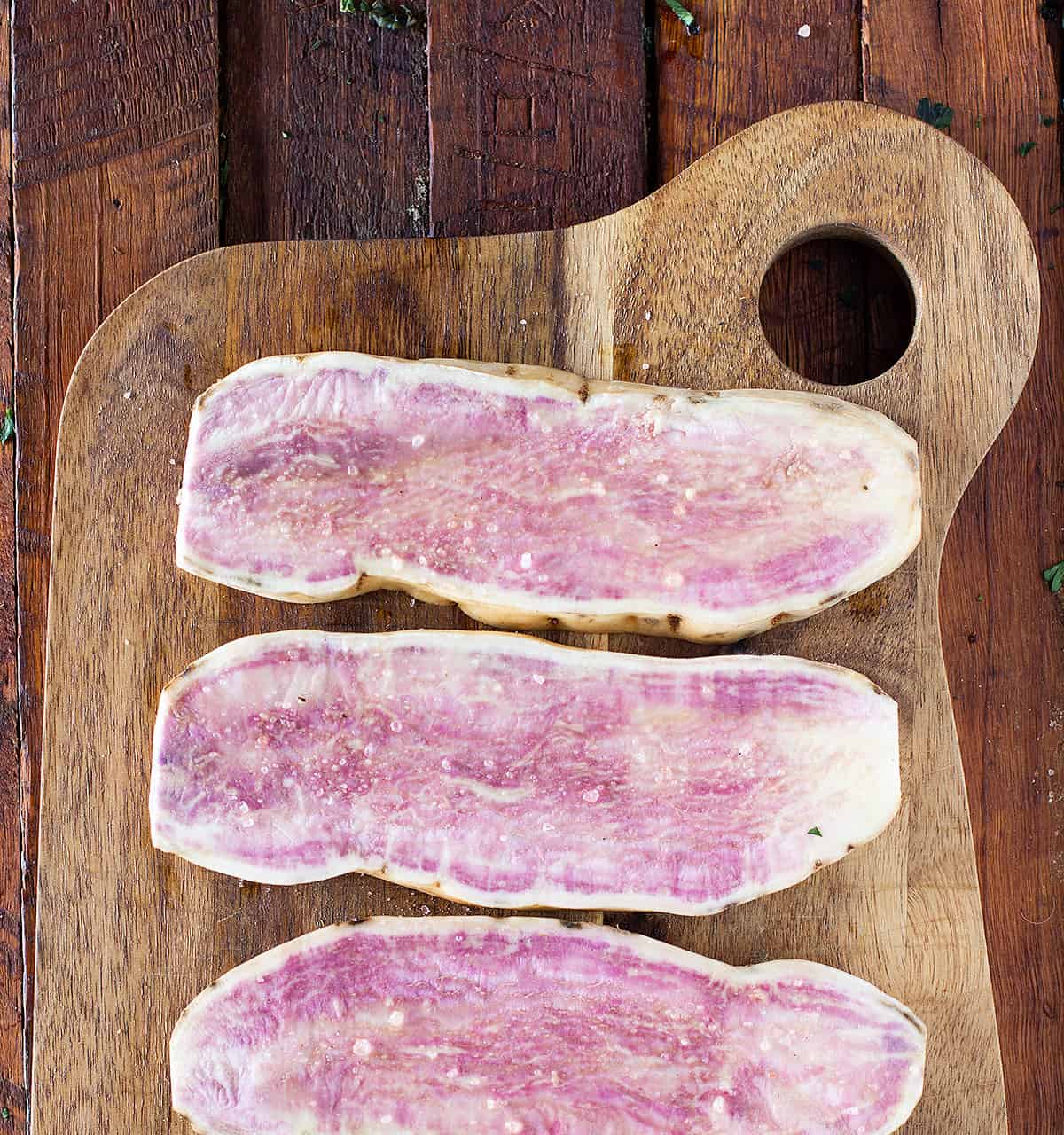 Place them in a flat sandwich press and off you pop for 10 minutes to have a shower/put on a load of washing/make your lunch/pat the dog or whatever it is you can do with those 10 minutes. They will come out lovely and golden. 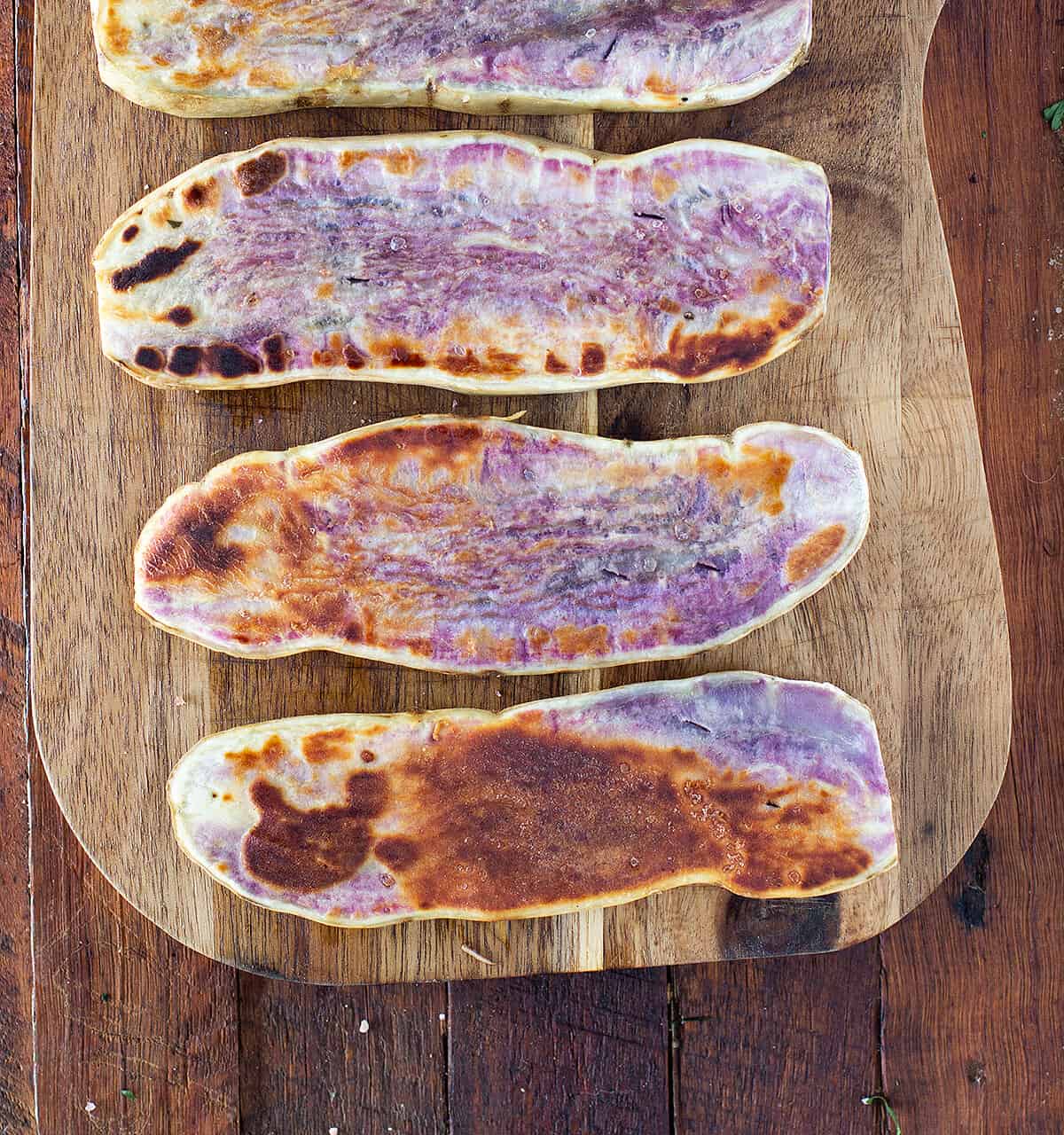 Then its time to just top them with your favourite toppings! 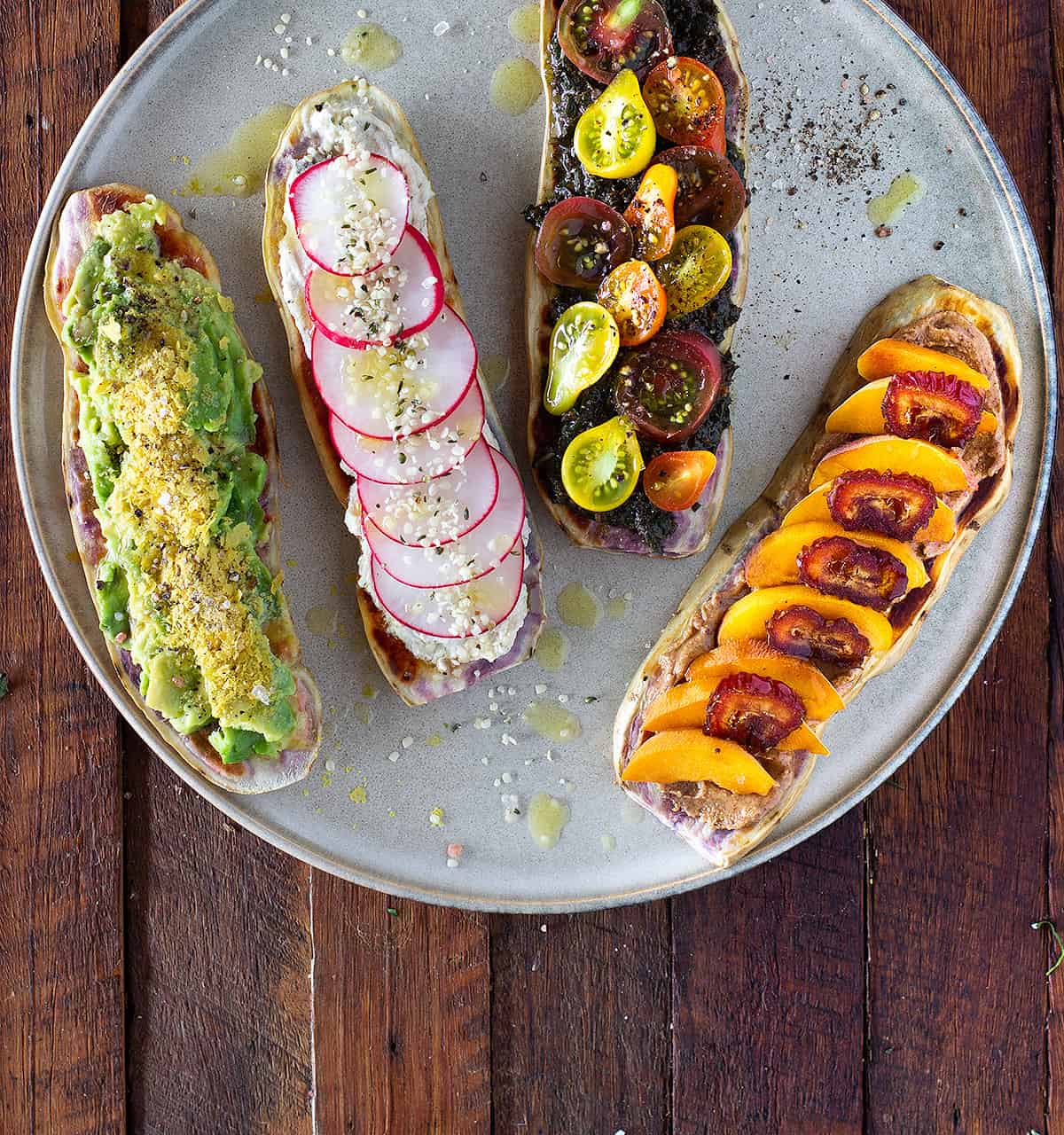 Dameon thought I was cracking mad when I told him I was going to make sweet potato toast. Toast is toast like milk is milk. Can we just say for the record that he helped me demolish these after they were photographed and proclaimed them delicious. ‘Who would have thought?!’ he said, and other joyous profanities I will not record here. Therefore, I can confidently say that you will find this Sweet Potato Toast a pretty successful crowd pleaser to the majority of sceptics out there. Enjoy! 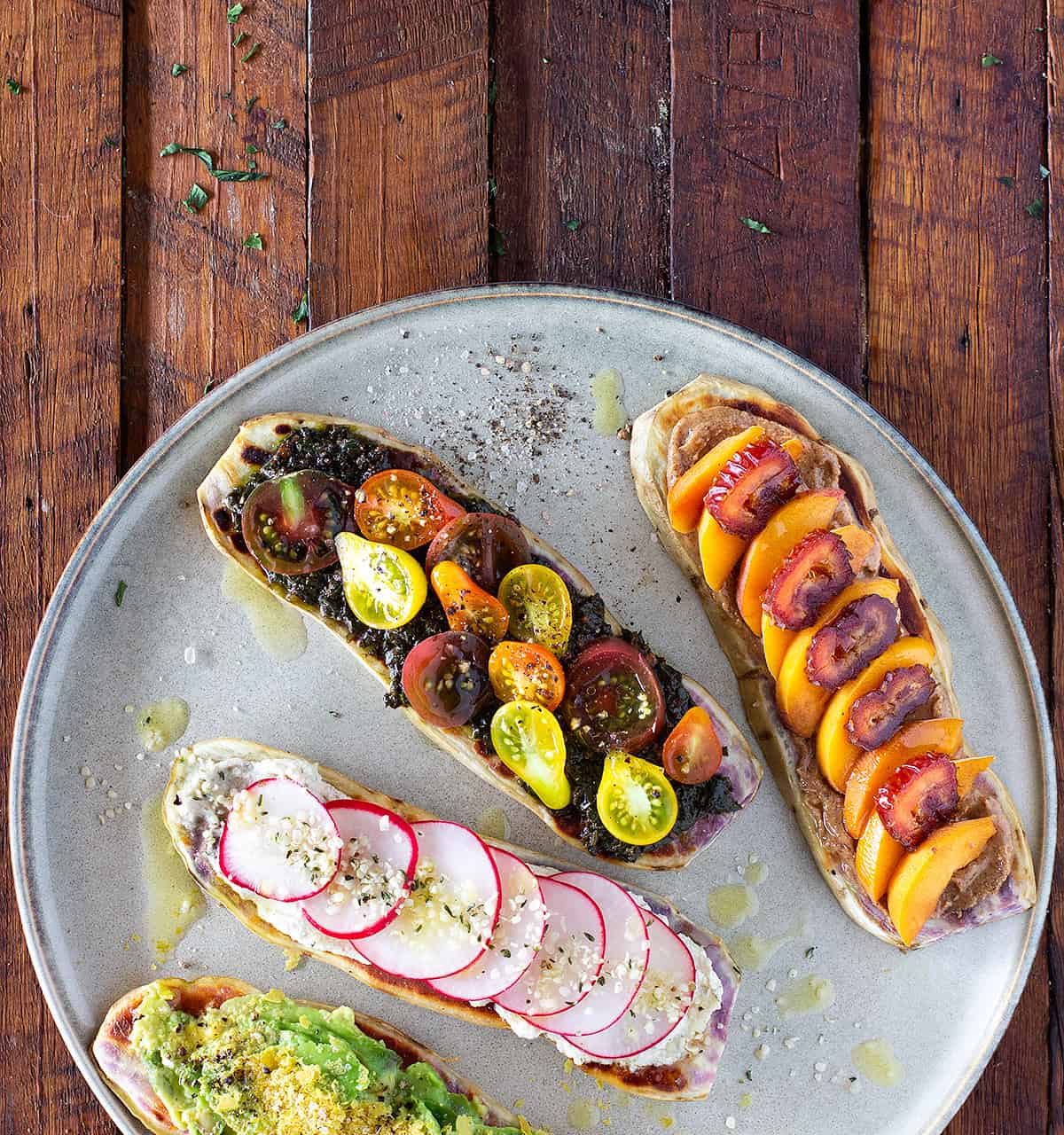 Your sweet potato toast is now ready! Spread with your favourite toppings or use some of the topping suggestions mentioned here.

Don’t own a flat sandwich press?

Alternative cooking method: place your sweet potato slices in a toaster, you will just need to put the toaster on the highest setting and push it down a good few times until ready.

[…] about them using the sandwich press of course then you can get that started for them. Then, lay the Sweet Potato Toast out with a variety of toppings and let them decorate. Perhaps create a ‘sweet’ and […]